Time to quit while I am behind. WW has never been massive, though at one time the blog was getting 4-5 thousand hits a week and managed to do ok in the Wikio rankings. But that was not what it was about. I was never going to find a niche because I am interested in too many things and if I may say so myself, most readers do not have time (or the intellect) for the kind of considered, researched material it has mostly been.

Over the weeks, my posts have been fewer and the readership has declined. Some readers came for distraction, which is ok, but the high level of debate in the comments section was severely limited to the few. In the end, everything that needs to be said has been said, several times over.

So rather than flog this to death, it is time to move on. There is seven year's worth of stuff here and it is by no means parochial or ephemeral. If you are interested search the archives.

I am moving on to something that is not only very interesting to me, but in the three months I have been doing it, it has been a modest success. www.rock-legacy.com is not only a labour of love, but I have been fortunate in engaging the interest of the music world. It means I can do what I was never able to do with WW and that is go to primary sources for truly new material.

Out of that I have become involved in what for me is a very exciting project. I am in partnership with Richard Tandy and Dave Morgan (ELO) on a re-issue and promotion of one of their albums. 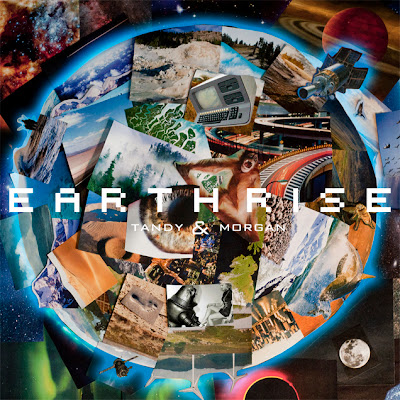 Rock Legacy itself is time-consuming and unlike WW, I have no shortage of subjects or willing participants. So there you are. No big deal, no hissy fit. I am just moving on.
Posted by Wrinkled Weasel on Friday, June 17, 2011

7 comments
Email ThisBlogThis!Share to TwitterShare to FacebookShare to Pinterest

Since I have now been outed by the MSM, like this chap I thought it was time to come clean.

I am not really a miserable right wing old male git. That was just a hoax. In reality I am a  lesbian from The Forest of Dean who votes LibDem, with an interest in intimate topiary. The idea for WW came about because I felt that men (the bastards) who were essentially white, middle class and therefore oppressive to everyone else deserved to be satirized.

I was sitting in the Ayn Rand Women's Centre one day, discussing with my sisters over a cup of fair-trade Barley-Cup how we might best fight the menace that is white middle class straight men. After dismissing a mass Bobbit option, (by a democratic vote of 7 to 4) we decided to put up a blog which was so egregious and so politically incorrect that it would discredit WMCSMs forever.

Sadly, this did not go according to plan because people thought it was real. Not only that, some readers complimented "WW" on his comments.

5 comments
Email ThisBlogThis!Share to TwitterShare to FacebookShare to Pinterest

It's been a strange week for me. A lot of activity last weekend and predictably I caught a cold. That would not have been remarkable if it were not for me not being able to breath properly, to the point of having to get an ambulance. A moment to forget.

Over at Rock Legacy, the work of doing interviews and transcribing them carries on. I am behind with this due to other kinds of illness that I will not bore you with. At last, I have posted a piece with Nick Magnus, which will be of interest to prog fans. Next week, I have a piece with Nicki Gillis, from Australia. It's difficult to describe Nicki, but she is doing a world tour right now and when we last talked she was off to Nashville. One thing we talked about was her work with Frank Ifield. Yes he is alive and well.

It is enormously difficult to get musicians to talk, cooperate or be very much use, so when they do I feel rewarded. The ones I get to talk are not difficult or inarticulate and of course they want to collaborate. This is not always the case. This week, through no fault of my own I have mangaged to piss off a major rock star. And I mean major - a household name for decades and someone who is always on TV.

Because of what appears to be a very simple misunderstanding, the major rock star has had a hissy fit and sent me a lengthy email, in red lettering, in capitals. I hardly believed at first that it was he who had sent it, but it appears so. I am afraid he has conformed to your worst suspicions that major rock stars do not believe it is necessary to be reasonable or to treat us mere mortals as anything other than utter contempt. His nail - spitting communication, and its format is the sort of thing I would delete on sight, due to me thinking the sender was a loony.

Ah, dear readers, if only you knew.

The Telegraph is running with a story about leaked memos that supposedly show nefarious plottings by Brown, Balls, et al, to get rid of Tony Bliar. Strangely, these memos are all capitalised, even the hand-written ones from Brown himself. As for the content, it mystifies me. Its mostly utter bollocks, the sort of thing people come up with if they are paid to do something but are not sure what it is. Riddled with spelling mistakes and with no regard for syntax, it records the fact that at the time of the 7/7 bombings, the Brown conspiritors had nothing better to do than engage in occult Machiavellian intercourse, pregnant with malignity and little else.

My highlight of the week, apart from still being alive, was a wonderful stay with another rock star, this time, a nice one. He told me a story, given to him by one of the principals:

When the Traveling Wilburys was just an idea, Dave Stewart asked Bob Dylan to come over to his house. Dylan duly got in a taxi and asked the driver to go to the address.
Dylan knocks on the door and a little old lady answers it. "Hi" says Bob, "I'm Bob." Dylan says he is meeting Dave and the little old lady says, "Dave's not here right now, but you can wait in the front room and have a cup of tea." After about an hour or two, the door opens and in comes Dave. Except that it is another Dave, just another bloke called Dave, and not Dave Stewart.

Unfortunately Dylan made a mistake. He went to Acacia Avenue, not Acacia Terrace.

Well, what would you do if Bob Dylan appeared by accident in your front room?

This Cannot be Right

News today that an MP has been arrested on suspicion of Sexual Assault, and named to the press, is to me an outrage.

This man is innocent until proven guilty. He now faces trial by media. His female accuser basks in anonymity.

This MP, who I am not going to name, will find his life turned upside down. There will be an intrusion into his life that none of us would wish on anybody. Whatever the outcome, he has been named and shamed. If he is charged and found guilty, then he must face justice, if not he will have suffered badly on the word of another. And his life will not be the same again.

What is wrong with us? Can nobody see how damaging this kind of thing is to society? Is there not a case to be made for anonymity on both sides until the verdict?

You do not have to look far back into the past to see how damaging the reporting of serious crime can be to someone who turns out to be innocent. This is a travesty of natural mercy and justice and must be stopped.
Posted by Wrinkled Weasel on Thursday, June 09, 2011

Over at the Coffee House, Rob Liddle posted a piece in which he writes: "nobody wants to appear right wing."

I take his point. Its the kind of slur that goes along with "homophobic" and "capitalist", terms which have been commandeered by the linguistic terrorists to shut down debate and scare people away from facing the issues.

A quick search in the domain: bbc.co.uk reveals that the phrase "right wing blogger" yields 638 results, whereas "left wing blogger" gets 484 - about 25% less.
Simply "left wing" gets 355,000, "right wing" gets 459,000 and again, just a bit less than 25% more references.
It is not for me to make grandiose suggestions as to why this is, but by repitition alone, the phrase "right wing" is being drilled into the subconscious of the BBC's subscribers.
And BTW, "right wing extremism" clocks in at over 3,500 whereas "left wing extremism" gets a piddling SIX!
If anybody had the guts to stand up to this organisation and reveal it to be what everyone knows it is, we could save ourselves a lot of money and protect the public from having to pay to be propagandised.


Clearly the BBC, one of the organisations who push, with evangelical fervour, a left-leaning liberal view on the rest of us, has made an editorial decision to equate "right wing" with "extremism" but cannot bring themselves to do likewise with "left wing" Res Ipsa Loquitor.

2 comments
Email ThisBlogThis!Share to TwitterShare to FacebookShare to Pinterest 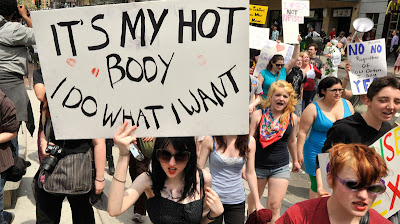 The recent occurance of something called "Slut Walks" disturbs me. It came out of a Toronto police officer's advice that, "women should avoid dressing like sluts in order not to be victimised."

Let us leave the rights and wrongs of this for a moment. Let's consider the scenario of the female who gets blind drunk on some coloured fizzy alcohol beverage and hase a one night stand. In the morning she feels a combination of guilt, self-loathing and anger. Instead of taking responsibility for her actions she decides that the casual sex encounter was rape. The police are called in, a man is arrested and his life is turned upside down.

False allegations of rape are particularly bad, not only because men tend to suffer disproportionately, but also because for women who have experienced rape, it moves justice a few paces further away. When a woman cries rape and it was not rape, the biggest damage is to real victims.

So another case goes to court. A woman claims she has been raped. There is a jury trial. It transpires that the couple were seen laughing, drinking and petting earlier in the evening. The woman wore clothes which were skimpy and designed to show off the maximum amount of flesh. Her friends say she was very drunk.

This jury has been convened in the Midlands somewhere. The jurors are chosen according to the system which is supposed to be random and supposed to reflect a cross-section of the general public. Given the nature of the general public, and in particular the concentrations of conservative individuals whose religious beliefs proscribe immodesty, is is not possible that if the "victim" is perceived to be a "slut" by certain jurors, might they not come to the conclusion that she was "asking for it"?

1 comments
Email ThisBlogThis!Share to TwitterShare to FacebookShare to Pinterest 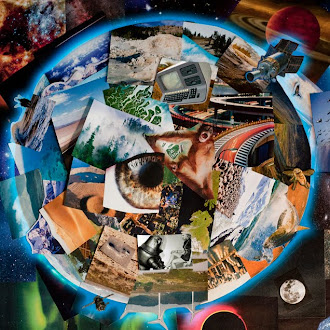 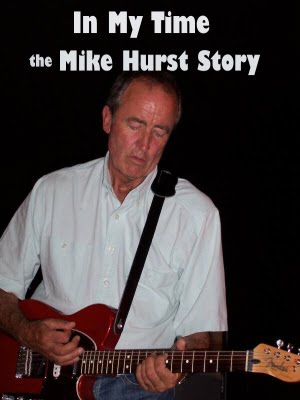 Feast and Fast by Christina Rees

Food for Lent and Easter

It's never too late to have a happy childhood

Help me make this a better blog

Take a subject, any subject. You'll probably find I have blogged it.